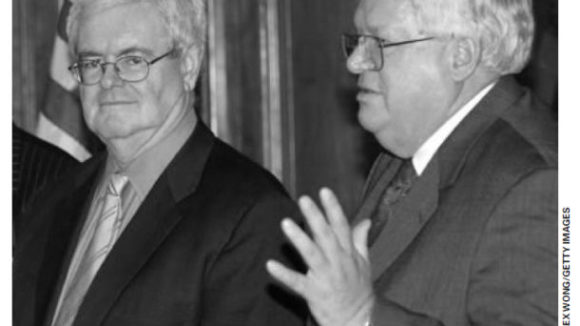 Right to Work to Capitol Hill: 'Keep Your Promises'

(Source: January 2011 NRTWC Newsletter) Former Speakers Newt Gingrich (R-Ga., left) and Dennis Hastert (R-Ill.) both made campaign pledges to support roll-call votes on forced-dues repeal, but blocked action on such legislation when Congress was in session. Politicians Pledging to Back Right to Work Take Charge of House Thanks in significant part to the efforts of National Right to Work Committee members across the country, starting this month the U.S. House of Representatives will be led by a speaker and a majority leader who have pledged full support for Americans' Right to Work without being forced to join or pay dues to a union. Now Committee members' job is to make sure Speaker John Boehner (R-Ohio), Majority Leader Eric Cantor (R-Va.), and other members of Congress turn their pro-Right to Work promises into action. John Boehner, Eric Cantor Owe Leadership Posts to Worker-Freedom Advocates Mr. Boehner and Mr. Cantor enjoy their top leadership positions in the House in part due to pro-Right to Work Americans' support for congressional candidates nationwide who had pledged to oppose compulsory unionism. Millions of pro-Right to Work Americans mobilized against candidates who supported compulsory unionism, or tried to hide their position on freedom in the workplace. These Americans expect Mr. Boehner and Mr. Cantor to lay the foundation for a new federal labor policy respecting each employee's ability to decide for himself or herself whether or not to join or financially support a union, declared Committee President Mark Mix. "Poll after poll shows nearly four out of five Americans who regularly vote support the Right to Work," explained Mr. Mix. "When these citizens helped John Boehner and Eric Cantor become the new House leaders, they sent an unmistakable message to Capitol Hill -- roll back Organized Labor's compulsory-unionism privileges." In the 2010 elections, voters firmly rejected major Big Labor power grabs such as the "card check" forced-unionism bill, which sailed through the House as recently as 2007 and seemed close to becoming law in early 2009, after Barack Obama became the 44th U.S. President. Momentum Swings Toward Right to Work A full-fledged Committee effort to get federal candidates on the record against the "card check" bill, or "Employee Free Choice Act," as proponents cynically mislabeled it, surpassed expectations in mobilizing citizens and increasing the number of Right to Work supporters in Congress. To activate Right to Work supporters, the Committee distributed a record-smashing total of nearly 8.4 million federal candidate Survey 2010 "information packets" through the U.S. Postal Service last year. Above and beyond that, the 2010 program had a massive Internet component, including nearly half a million e-mails transmitted in October alone. All this plus radio, TV, and newspaper advertising. Lobbying by Committee members persuaded hundreds of House and Senate candidates to take a pro-Right to Work position, which in turn helped many get elected. That's not surprising, given the Right to Work principle's overwhelming public support. "The political momentum is now against compulsory unionism," commented Mr. Mix. "That means in this Congress the Committee actually has a chance, if members keep up the pressure, to pick up enough votes from the 'mushy middle' to push pro-Right to Work legislation through the House." Committee Pushes For Floor Votes

A warning from the Wall Street Journal worth reprinting: As Big Labor has realized it won’t get “card check” legislation through Congress, it is turning to its secret weapon inside the Obama Administration—labor lawyer Craig Becker. And as many… 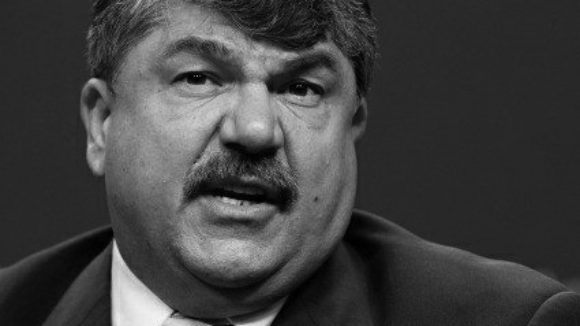 Remember the words:  lame duck session. If Republicans win the House or Senate, big labor will call in their final chit and demand passage of the Card Check Forced Unionism bill and Boss Trumka isn’t…

Remember the words:  lame duck session. If Republicans win the House or Senate, big labor will call in their final chit and demand passage of the Card Check Forced Unionism bill and Boss Trumka isn’t… 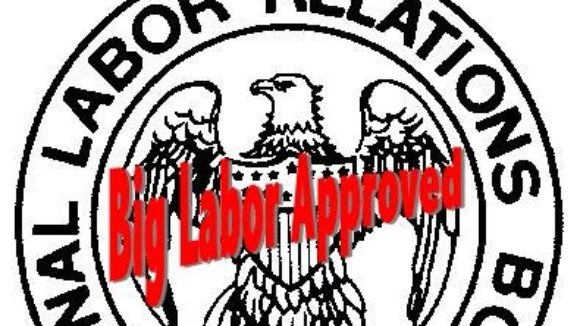 'Electronic' Voting Would Facilitate 'Card Check'-Style Abuses Three of the four current NLRB members who were appointed or reappointed by President Obama are veteran union lawyers. All three are expected to vote in lock-step to expand Big Labor's forced-unionism privileges. (Source: July 2010 NRTWC Newsletter) Since the beginning of 2009, Big Labor has had a cheerleader in the Oval Office. At the same time, ample majorities of both chambers of the U.S. Congress have been willing to vote for virtually any power grab sought by union officials, as long as they could do so without running into intense, across-the-board constituent opposition. Consequently, top union bosses have expected to see enacted in the current Congress legislation that would help them sharply increase the share of all private-sector workers who are under union monopoly-bargaining control. Their original vehicle for achieving this objective was S.560/H.R.1409, the so-called "Employee Free Choice Act." Sponsored by union-label Sen. Tom Harkin (D-Iowa) and Congressman George Miller (D-Calif.), S.560/H.R.1409 would grease the skids for Big Labor workplace takeovers in several ways. Most famously, it would effectively end secret-ballot elections in union organizing drives, replacing them with so-called "card checks." That means, if S.560/H.R.1409 became law, union organizers would have far more 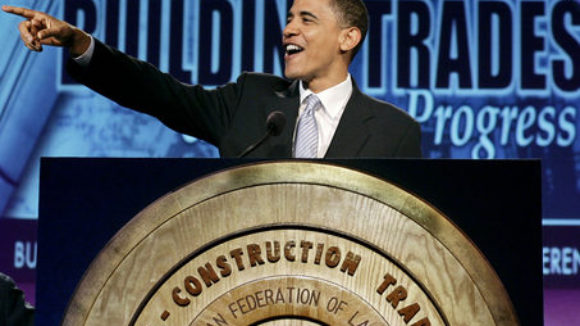 The Democrat National Committee has surveyed its members to create a list of priority agenda items for the party and apparently someone forgot to get a sign off from the labor union bosses on the mailing.  The …