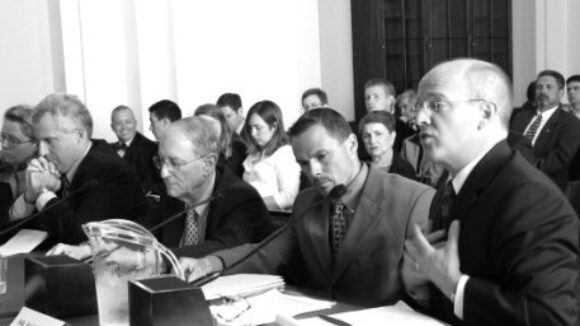 Committee President Mark Mix: The Right to Work movement and its allies are challenging President Obama’s 2009 executive order promoting union-only "project labor agreements" on federal taxpayer-funded public works. (Source: June 2010 NRTWC Newsletter) Ohio Town Council Cuts Through Big Labor/White House Fog  Marietta, which has only about 15,000 residents, but enjoys a place of honor as the oldest city of any size in Ohio, is located more than 230 miles outside the Washington, D.C., Beltway.  And from the vantage point of Marietta's community building at Lookout Park, where the town council considered adoption of a so-called "project labor agreement" (PLA) on May 13, it appears to be far easier to see and state the obvious than it is at the White House or on Capitol Hill.  This spring, building trades union bosses lobbied furiously to convince the council's seven members to impose a Big Labor PLA on employees and firms seeking to participate in the renovation of the town's former Ohio Bureau of Employment Services building into a new municipal court facility.  Parkersburg Marietta Construction and Building Trades Council union President Bill Hutchinson claimed, time and again, that the reason he and his cohorts were twisting arms to get a PLA was to ensure that "local" workers got the jobs.  Finally, at the council's May 13 meeting, Councilman Jon Grimm decided to test building trades union bosses' sincerity.  Mr. Grimm called attention to the provision in the PLA mandating that 50% of any contractor's employees be registered with the union and pay union dues, even if they weren't union members, and didn't want to join. 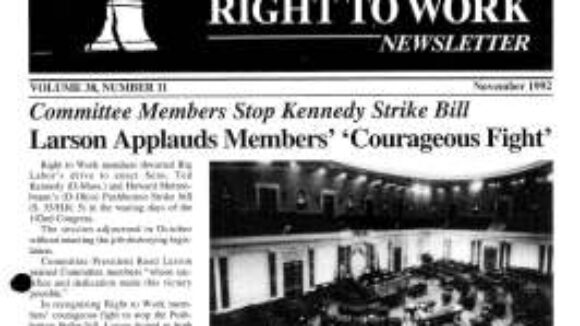 Go here to find a pdf version of the November 1992 National Right To Work Newsletter. 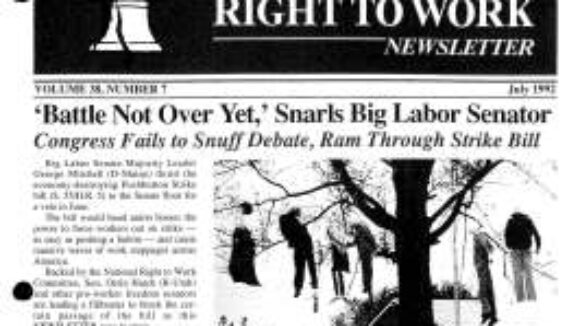 Get the pdf version of the 1992 National Right To Work Newsletter here. 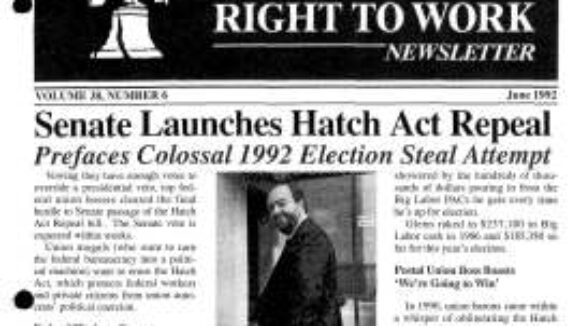 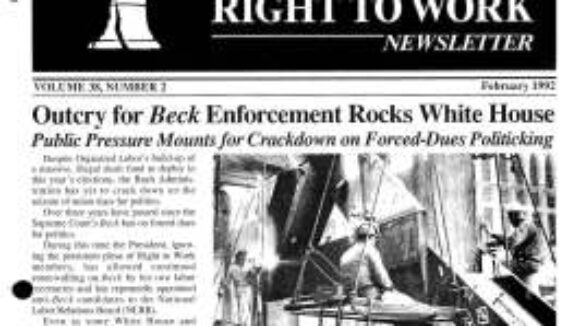 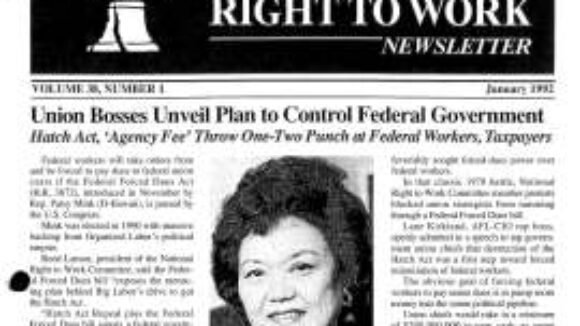 Here is where you'll find the January 1992 National Right To Work Newsletter. 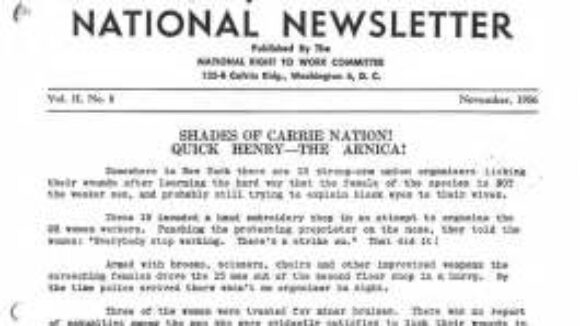 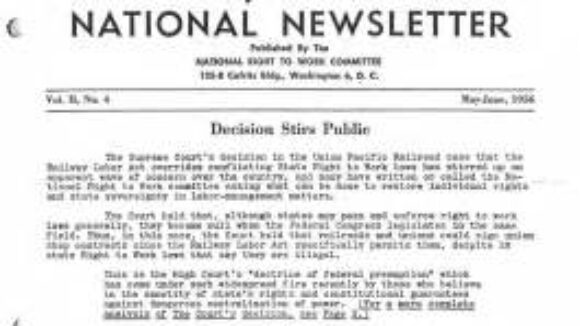