Like similar laws in 26 other states, Michigan’s Right to Work law prohibits forcing anyone to join or pay dues or fees to a labor union in order to get or keep a job.

Although at one time Michigan undoubtedly was a stronghold of compulsory unionism, its ban on forced membership and forced financial support for Big Labor has now been in effect for well over six years. One might expect that, by now, union bosses would have resigned themselves to abiding by the Right to Work law, no matter how much they dislike it.

Unfortunately, that’s still not the case. All too many union chiefs in the Wolverine State appear to believe they are entitled to defy the Right to Work law and extract forced dues and fees from employees in spite of it. In an ongoing effort to convince Big Labor it has to obey the Right to Work law, National Right to Work Legal Defense Foundation attorneys have had to litigate more than 100 cases on behalf of Michigan employees since the law took effect.

Right to Work violations would undoubtedly not have been so rampant if employers had consistently resisted Big Labor’s illegal forced-unionism schemes. But the reality is that many businesses operating in Michigan have, for reasons that can only be guessed at, colluded with forced dues-hungry union officials.

The latest alleged example is Syncreon America, the U.S. subsidiary of an international, privately held logistics corporation with more than 14,000 employees across the world.

A number of employees at Syncreon’s facility in Temperance, Mich., charge that Syncreon has illegally deducted Teamster union dues from their paychecks at Teamster bosses’ behest, even though they never belonged to the union and never authorized having any of their hard-earned money siphoned into Teamster coffers instead of being sent to their bank accounts.

Three truck drivers employed at the facility are now, with Foundation attorneys’ help, seeking to vindicate their Right to Work without being forced to pay money to a labor organization that continues to be, in the view of Assistant U.S. Attorney Tara La Morte as expressed in a letter to U.S. District Judge Loretta Preska, plagued by “corrupt” practices “at all levels.”

In a sworn statement filed with the National Labor Relations Board (NLRB), driver Arthur Caple charges that, when he was hired last summer, and made it clear to a Teamster operative that he did not want to be a member or sign any so-called “check-off” authorization form, he was told he had to become a union member and allow “check-off,” “or else.”

Caple refused to be intimidated into acquiescence. But between August 2018 and January 2019, he charges, Syncreon deducted union dues/fees from his paycheck and Teamster bosses accepted it, anyway. Despite his continuing protests, the union hierarchy has refused to give this money back.

Two other Syncreon drivers based in southeastern Michigan, Wendell Collins and Damani Mincey, also have filed charges with the NLRB stating that Syncreon took money out of their paychecks for months, without their authorization, and funneled it to the Teamster brass. Like Caple, they report union bosses have refused to honor their requests that their money be returned.

Federal labor law makes it clear that, even in non-Right to Work states, no private-sector worker can legally be forced as a job condition to allow union dues or fees to be deducted automatically out of his or her paycheck.

But the charges against Syncreon filed by Caple, Collins and Mincey illustrate how, despite the formal legal safeguards, union bosses can exploit the “check-off” as a tool to squeeze money out of employees in Right to Work states who have never joined the union without their even finding out about it until after they get paid.

All that is required is the collaboration of an unscrupulous employer.

Fortunately, National Right to Work staff attorneys stand ready to offer free legal assistance to employees whose freedom of choice has been trampled by such schemes. But the genuine, long-term solution is for Congress to abolish the federal authorizations for forced union dues and fees and for automatic deduction of any union dues or fees from employee paychecks. 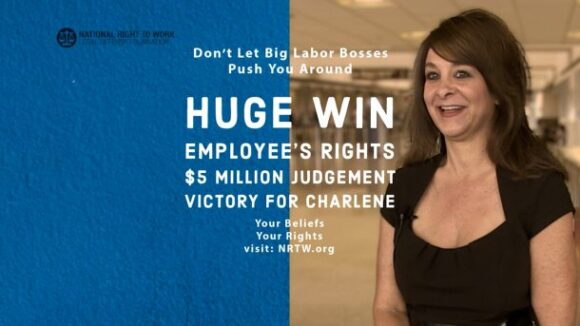 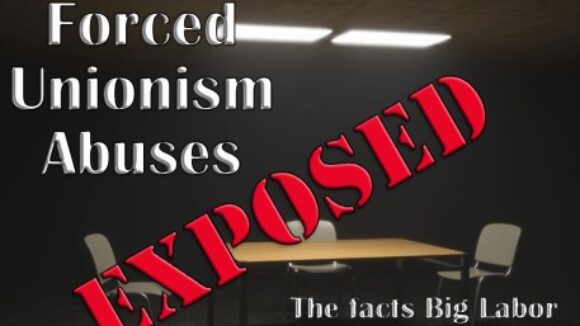