Transparency Should Apply to Union Bosses Too — But There is More

Transparency Should Apply to Union Bosses Too

In a memo to the heads of executive departments and agencies earlier this year, President Obama declared, “My Administration is committed to creating an unprecedented level of openness in Government.”  A noble sentiment – but it apparently doesn’t apply to the Department of Labor or the union bosses it’s charged with overseeing.

As the House Education and Labor Committee Republicans noted today, the U.S. Department of Labor has formally rescinded a series of reporting changes designed to enhance union disclosure.

The aim of these rule changes is to weaken union oversight requirements – a trend this Administration started with its FY 2010 budget, which cut $4.4 million from the Office of Labor Management Standards, more than a 10 percent reduction in its overall budget.  Judging by the profligate spending this Administration has applied to nearly every other department – giving the federal budget a nearly 10 percent boost in spending, cutting union oversight seems an odd place to “save money” – unless reducing transparency, and not saving money, were their aims.

Part of the transparency roll back for union bosses includes the following items that the Labor Department will no longer require of unions:

This isn’t the transparency the American people were promised.

Unfortunately, the Obama Administration is walking back on its promises of “openness” and “transparency” – and it’s rank-and-file union members who’ll pay the price.

And while the Republican Leader is right, he, as he has done in the past, either forgets, ignores, or leaves out the fact that 80% of these rank-and-file workers labor under contracts that force them to pay these dues and fees as a condition of employment.  While Chairman of the Education and Welfare Committee, the now Republican Leader failed to engage on the issue of forced unionism under federal law.  One wonders what he would do now – if he gets the chance. 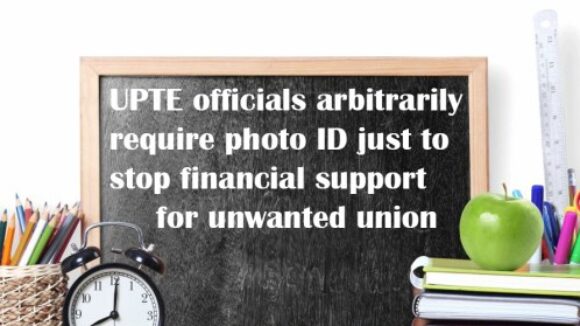 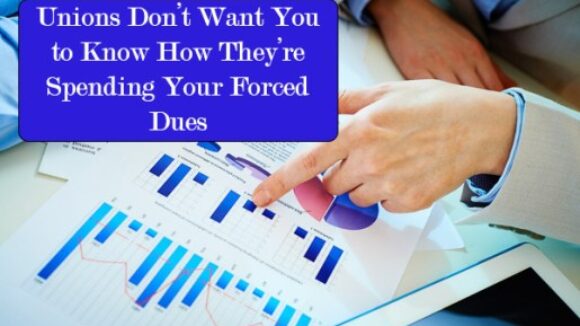