Arizona’s parting Gov. Janet Napolitano’s executive order granting Arizona’s state worker union bosses the power to negotiate for more taxpayer funds was a blatant payback for the over $1 million Big Labor has contributed to her and the state Democrat Party last year.

The Associated Press reports that campaign finance reports filed by the state Democrat Party for this year’s election listed more than $910,000 in contributions by Big Labor groups to the party. The contributions included $204,000 from the Service Employees International Union (SEIU). Others included $205,000 from the Communications Workers of America (CWA) and $250,000 from the American Federation of State County and Municipal Employees (AFSCME). 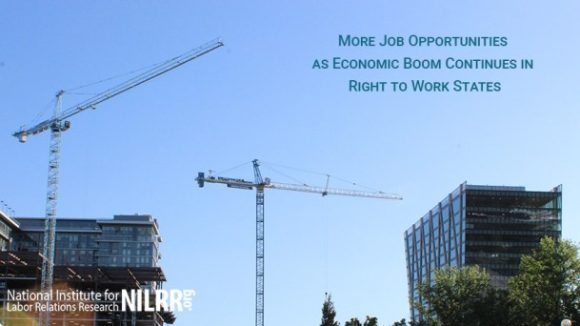 What Companies are Coming to Right to Work Arizona?

Two companies that are adding new locations in Right to Work Arizona are Helix Electric, and Imperial Brown. This will create 200 new jobs!