Illinois Missing Out on Right to Work Freedom, But for How Long?

Illinois would be a Right to Work State if Scott Reeder’s high school speech had been better attended, well maybe that is a slight stretch.  However, 31 years ago young Reeder spoke out against the anti-worker policy of compulsory unionism in his hometown an Illinois industrial city called Galesburg.

Had Illinois embraced Mr. Reeder’s call for freedom, his hometown might be a place of hope and optimism for the future rather than landscaped with abandoned buildings.

Is Reeder’s recent op-ed going to help ignite the fire of freedom in Illinois?

Reeder:   So my speech calling for ending compulsory unionism was not particularly well-received. To them, I was preaching apostasy.

Today, when I visit my hometown, I feel sadness. Those union factory jobs have evaporated.

The last time I wrote on this topic, union leaders responded by saying things are much worse in right-to-work states.

Take a look at our neighbors in Iowa and Indiana. Both states are right-to-work states, but the economies there are chugging along quite nicely.

Just consider these statistics compiled by the Illinois Policy Institute:

Even Michigan, once the cradle of organized labor, has adopted a right-to-work law.

By contrast, Illinois has clung to an outdated model of compulsory unionism.

The fact of the matter is that many people who belong to unions would rather not be members. They are given little choice but to keep seeing a portion of their paychecks going to union bosses. 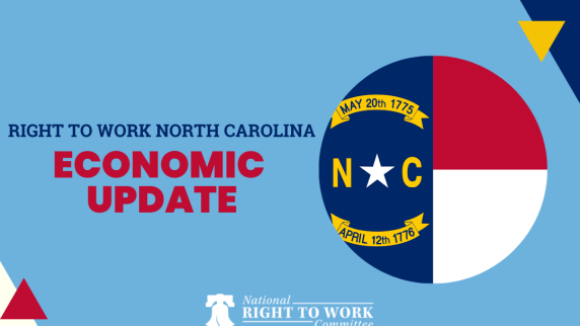