The Wall Street Journal takes California Gov. Jerry Brown to task for his continued efforts to put Big Labor union’s interest ahead of the interest of the taxpayers of the Golden State:

This month marks the centennial of California’s voter initiative process, and Governor Jerry Brown has commemorated the occasion by signing a law that makes it easier for unions to defeat ballot measures they don’t like. Consider it more evidence of Mr. Brown’s disappointing return to Sacramento.

The California constitution stipulates that ballot measures be placed on a general election ballot unless lawmakers call a special election. What constitutes a “general election” was hotly debated during the 1960s and early 1970s. However, when the legislature wanted to put several bond measures on a primary ballot in 1971, Mr. Brown, then the secretary of state, obliged. Initiatives have since appeared on either primary (typically in June) or November ballots.

This has benefitted voters since initiatives receive more scrutiny and debate when there are fewer measures on the ballot. The November ballot is chock full of local and statewide races and measures. Adding more initiatives would make the ballot even more crowded, but that seems to be the union point. This month Mr. Brown signed a law restricting voter-sponsored initiatives to the November ballot only in even years. The same rules, by the way, don’t apply to ballot measures that the legislaturesponsors.

Democrats say this is more democratic because voter turnout is higher than in primary and special elections. But then why does the legislature retain for itself the power to place bond and revenue-raising measures on primary and special-election ballots?

Voter turnout in primaries tends to be more conservative than in general elections because most incumbents are Democrats and thus more Republicans run as primary challengers. Unions would also prefer not to have to mobilize their troops to fight taxpayer-backed initiatives twice each year. Doing so would be particularly challenging in 2012 because unions drained their coffers taking down Republican gubernatorial and Senate candidates Meg Whitman and Carly Fiorina last November.

Taxpayer groups are also promoting initiatives to modify government collective bargaining and pensions. Most of the groups are aiming their initiatives for November, but one group filed an initiative for the primary ballot that would bar labor unions from spending members’ dues on political campaigns. Moving all initiatives to November will now give unions a better shot at defeating this and other initiatives.

The new law also postpones to November 2014 from June 2012 a ballot measure to bolster the state’s rainy day fund. Democratic leaders agreed two years ago to place the measure on the 2012 primary ballot in return for Republican Governor Arnold Schwarzenegger and a few GOP lawmakers supporting a temporary tax hike. Democrats are now double-crossing the GOP, though Republicans were foolish to agree to any deal that raised taxes immediately in return for future spending reforms. This should warn Republicans tempted to compromise with Mr. Brown on taxes in return for illusory pension or regulatory reforms.

Some Californians hoped an older, perhaps wiser, Mr. Brown could pull off a Nixon goes to China his second time around as Governor. Alas, he’s still stuck in Sacramento. 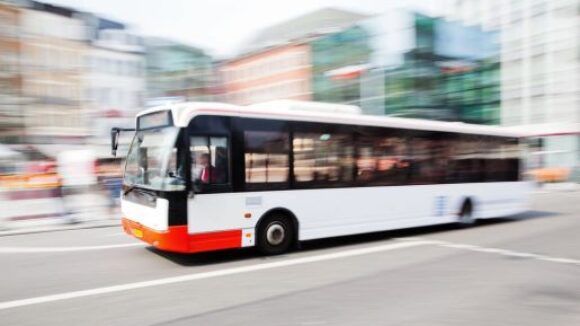