Kimberly Strassel at the Wall Street Journal believes your activism is playing a role in raising the stakes in the battle over the Card Check Forced Unionism Bill. This is a call to double the pressure on Senators to defeat this atrocity, which is designed simply to impose forced unionism on millions of workers.

Responsibility has a way of focusing the mind.

Take Mark Pryor, Democratic senator from Arkansas. In 2007, Mr. Pryor voted to move card check, Big Labor’s No. 1 priority. And why not? Mr. Pryor knew the GOP would block the bill, which gets rid of secret ballots in union elections. Besides, his support helped guarantee labor wouldn’t field a challenger to him in the primary.

Postelection, Mr. Pryor isn’t so committed. He’s indicated he wouldn’t co-sponsor the legislation again. He says he’d like to find common ground between labor and business. He is telling people the bill isn’t on a Senate fast-track, anyway. His business community, which has nimbly whipped up anti-card-check sentiment across his right-to-work state, is getting a more polite hearing.

But Pryor may not be alone:

Fellow Arkansas Democrat Blanche Lincoln voted for cloture in 2007 but is now messaging Mr. Reid [Majority Leader Harry Reid] that she’s not eager for a repeat. She recently said she doesn’t think “there is a need for this legislation right now,” that the country has bigger problems. . . . Even Pennsylvania’s Arlen Specter, the lone GOP vote for card check in 2007, is backpedaling, worried about a 2010 primary challenge.

We have one word of advice — don’t let up for one second. The union bosses will stop at nothing to coerce millions into unions. There will be a defining moment in this fight and we have yet to have it. 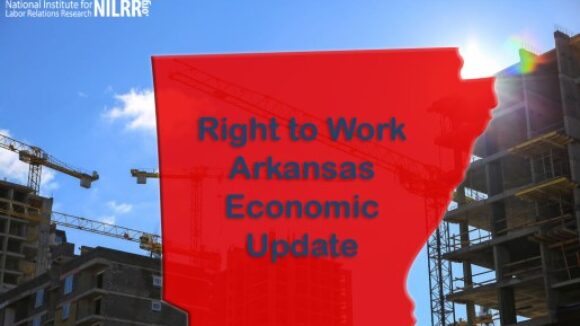 Three businesses that are adding new locations in Right to Work Arkansas are Camfil, Arning Companies, and Trex Company.

What Do Pel-Freez and Vexus Boats Have in Common?

Pel-Freez Biologicals and Vexus Boats are both planning expansions in Right to Work Arkansas. So these will be great additions to the economy!