From Gary Glenn,  Republican primary candidate for U.S. Senate in 2012:

This is the only Labor Day we’ll have before the August 2012 primary election to spotlight the stark differences on union-related issues between contenders for the Republican nomination to take on Democratic U.S. Senator Debbie Stabenow.

Depending on the outcome of our primary, the Republican nominee could be (1) a proven champion of state and federal Right to Work laws that guarantee employees the freedom to choose regarding union affiliation and help attract new jobs and industry, who can confront Stabenow for her opposition to Right to Work, or (2) a Republican who not only agrees with Stabenow’s opposition to Right to Work, but sponsored federal legislation that would expand union officials’ compulsory power and funnel hundreds of millions more compulsory dues dollars into Big Labor coffers.

Recent polls indicate a majority of Michigan voters – including 82 percent of Republicans — support Right to Work.  Federal law guarantees employees in all 50 states the freedom to join and financially support a union if they choose.  A state Right to Work law – such as already passed by 22 states — would guarantee that Michigan employees are equally free to choose not to join or financially support a union without facing the threat of being discriminated against and fired either way.  A national Right to Work law would guarantee that freedom to employees nationwide.  Absent such protections, employees can legally be fired for choosing as a matter of conscience not to financially support a private organization that promotes causes the individual employee opposes.

Passing Right to Work is also the single most dramatic step Michigan or America could take to attract new business and industry and successfully compete for new jobs in a global economy.  Over the last decade, the top five job-producing states were all Right to Work states, and the 2010 Census reports that two-thirds of such states have higher per capita income than Michigan.

The five states that lost the most jobs were all compulsory unionism states, with Michigan suffering the biggest job loss in America.  In the ten years Debbie Stabenow has been in the U.S. Senate, Michigan has lost over 800,000 private sector jobs.

With that backdrop, consider the stark difference between my record and that of former Congressman Pete Hoekstra:

Before moving to Michigan in the 1990s, I served six years as executive director of the Idaho Freedom to Work Committee, leading the successful campaign to win legislative passage of a Right to Work law in 1985, followed by successfully defending the law in a November 1986 ballot contest despite being outspent 3-to-1.

Today, I strongly support Michigan Freedom to Work’s effort to pass a Right to Work law and bring freedom and jobs to employees here.  As the Republican nominee for U.S. Senate, I will aggressively confront Sen. Stabenow’s support for compulsory unionism and highlight the millions of dollars her campaign pockets from Big Labor’s political machine.  As Senator, I will cosponsor legislation to end “pay up or you’re fired” unionism throughout America.

In stark contrast, the Republican establishment’s anointed candidate, Pete Hoekstra , couldn’t be more out of step with his own party on this issue.

Running for governor in 2010, Hoekstra was endorsed by Teamsters union officials and said on public TV that if Right to Work appeared on the ballot, “I’d probably not vote for it.”  Lansing’s Dome magazine reported that Hoekstra “declared he wouldn’t vote for a ballot initiative on Right to Work.”  The Center for Michigan reported that Hoekstra was the only Republican candidate who – in response to the question, “Should Michigan become a Right-to-Work state?” — joined Democrats Virg Bernero and Andy Dillon in answering “no.”

A University of Michigan survey released Aug. 29th found that 70 percent of local government officials in Michigan report their locality’s public employees are not unionized.  But under HR 980 — cosponsored by Hoekstra and by Sen. Barak Obama and Sen. Debbie Stabenow in the Senate — every state, county, city, and local government in America with a population of 5,000 or more would have been forced by federal mandate to unionize its firefighters, police officers, and paramedics, forcing all such employees – including those who oppose union officials’ politics and don’t want their representation – to accept union officials as their exclusive representatives.

Worse, in the 28 states that don’t have Right to Work, HR 980 would have forced public safety employees to pay dues to a union for the privilege of working for their own government, giving militant government employee union officials even more political power and hundreds of millions more in compulsory dues. The National Right to Work Committee said, “If you think the problem of public employee unions’ stranglehold on taxpayer funds is bad now, wait to see what happens if this bill becomes law.”

Hoekstra’s stand on Right to Work is clearly not conservative or in the best interests of taxpayers, and as the Republican nominee, he would forfeit the opportunity – because he agrees with her — to hold Stabenow accountable on an issue on which she is out of step with Michigan voters.

On Labor Day, Republicans should consider the stark difference it will make to Michigan’s future to have a nominee and then U.S. Senator who will champion Right to Work, or to have a nominee and senator who not only doesn’t support Right to Work but worse, supported strengthening union officials’ stranglehold on the politics and spending of our state and local governments.

Gary Glenn served as executive director of the Idaho Freedom to Work Committee from 1980 to 1986 and is a founding member of the Michigan Freedom to Work coalition.  He has served as president of the American Family Association of Michigan since 1999 and is a Republican primary candidate for U.S. Senate in 2012. For more information, go to http://garyglenn.us

What Do EQ United and TÜV SÜD Have in Common?

EQ United and TÜV SÜD have one thing in common. That is, they are both adding new locations soon in Right to Work Michigan! 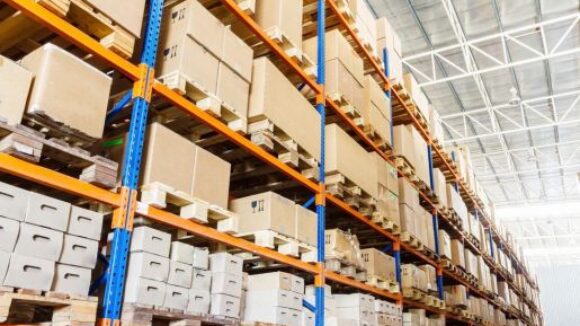 National Right to Work's Mark Mix recently did an Op-Ed post for the Santa Barbara News Press, where he discusses the supply chain crisis.