But, the saga may not be over… Obama NLRB May Still Thwart Justice

Chicago, IL (December 3, 2015) – United States District Court Judge Amy J. St. Eve has just denied a petition by the Obama National Labor Relations Board (NLRB) and United Steelworkers (USW) union lawyers to force the USW back into a Franklin Park workplace after a majority of employees decided to remove the union. National Right to Work Foundation staff attorneys represented Arlington Metals employee Brandon DeLaCruz and 20 of his co-workers in a federal court injunction hearing and filed an amicus brief affirming the employees’ opposition to the union’s continued presence.

Unwilling to accept the employees’ verdict, USW officials asked the Obama NLRB to seek an injunction to nullify the results of a 2014 decertification drive, in which [62% of the] employees at Arlington Metals’ Franklin Park facility successfully petitioned to remove the union from their workplace.

In September 2014, USW lawyers filed unfair labor practice charges with the NLRB in an attempt to nullify the employees’ petition and force the union back into their workplace. The NLRB’s General Counsel issued a complaint seeking to require the company to restore the union as the workers’ monopoly bargaining agent, and the full NLRB in Washington authorized the filing of a petition for an injunction to immediately reinstate union officials’ workplace privileges.

Although the judge’s decision forecloses the possibility of immediately restoring union officials’ bargaining privileges, DeLaCruz and his coworkers can still be pushed back into union ranks if the full NLRB later upholds the union’s unfair labor practice charges.

In November 2015, the federal judge allowed DeLaCruz to file an amicus curiae brief opposing the NLRB and the union’s petition. That brief urged the Court to deny the injunction because a majority of employees continue to oppose the USW. Although the NLRB unsuccessfully tried to block DeLaCruz from even submitting his brief, approximately 20 of his co-workers joined his effort and sought legal representation from National Right to Work Foundation staff attorneys.

“This story is all too familiar,” said Mark Mix, president of the National Right to Work Foundation. “The Obama NLRB will go to great lengths to keep union bosses in power, even in the face of overwhelming employee opposition. For now, these workers are free from the burden of unwanted union representation and the specter of being forced to pay dues to an organization they do not support. But it shouldn’t take years of legal procedures to get rid of one stubborn union.”

“Instead of actively hindering their efforts, the NLRB should respect the wishes of employees who wish remove unwanted union bosses,” added Mix. 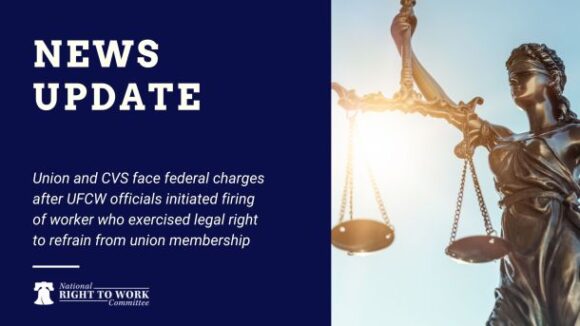 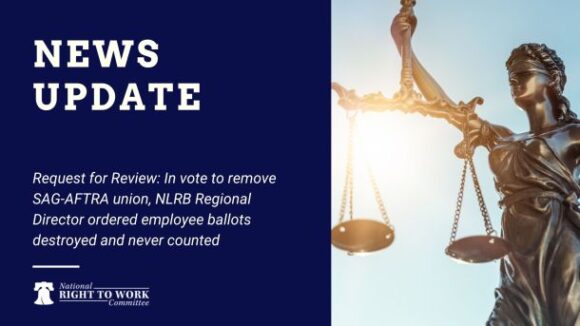