Revolt Against SEIU in Illinois

The intrepid Michelle Malkin writes about a parental revolt against the SEIU’s attempt to unionize home health care workers.  Of course, this power grab was facilitated by the Illinois Gov. and big union tool Pat Quinn:

Last month, I noted the appalling story about the SEIU’s power grab in Illinois to unionize home health care workers.

But you haven’t heard the half of it. It’s an ongoing nightmare you should know about — because it may be coming to your own front door if Big Labor gets its way.

Roughly 3,500 people in Illinois receive state funding to assist someone, usually a family member, at home with a developmental disability. In June, Democrat Gov. Pat Quinn signed an executive order approving collective bargaining by “individual providers of home-based support services” — effectively busting open the doors of private homes for the Purple Shirts of the SEIU and other union competitors hungry for new dues-paying members.

But unions were targeting them.

Over the last month, home-based providers started have been receiving unexpected visits from out-of-state union lackeys trying to recruit them with the promise of health care benefits and more money. Last week, providers began receiving ballots to elect the SEIU or the American Federation of State, County and Municipal Employees to represent them. Yes, Illinois provided both the SEIU and AFSCME with the names and home addresses of all 3,500 in-home care providers for the purposes of increasing their membership rolls and political clout.

Home-based providers have the right to vote for no union representation at all. But the unions and their water-carriers in political office have done their best to obscure that fact.

Pam Harris of Western Springs, Illinois, the mother of a 20-year-old son with severe developmental disabilities who receives in-home care stipends, questioned the state’s failure to make a no-representation option clear. She and other parents dared to criticize the union effort publicly in a piece published September 3 in the Chicago Tribune. (”I am not an employee of the state,” Harris said. “I work from my home. I don’t want the union in my home. I can Norma Rae with the rest of them.”) Harris and other parents scraped together their own money (no match for Big Labor coffers) and put together an informational flyer to counter-balance the pro-union propaganda and inform home-based providers that they could opt for no union representation.

The union-pandering state government responded by trying to gag parental critics — yet another stark illustration of SEIU president Andy Stern’s “persuasion of power.”

On September 11, home-based providers received this warning from the Department of Human Services informing them that “it is the position of the State of Illinois that service facilitation providers within the Home-Based Support Services Program remain neutral as it pertains to the election covering Personal Support Workers. Your compliance is greatly appreciated:” 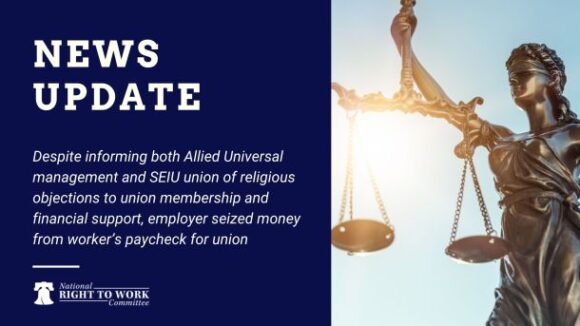 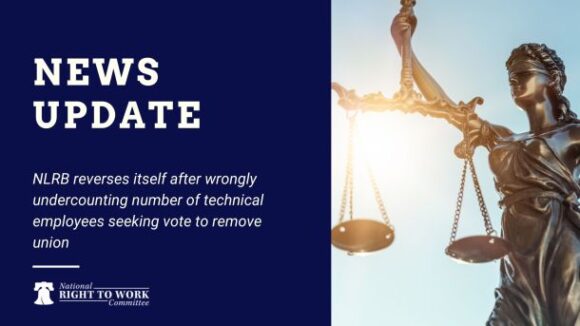