As the National Right to Work Committee blog reported on Tuesday, next week a vote will be held at the Volkswagen assembly plant in Chattanooga, Tenn., to determine whether or not officers of a single union, the United Auto Workers (UAW/AFL-CIO), will acquire monopoly-bargaining power over front-line employees at the facility.

If UAW kingpins prevail in this contest, the freedom of employees to share their personal views on workplace issues with managers will be severely constricted.  Once UAW officials become employees’ monopoly-bargaining agents, any manager or supervisor who willingly listens to one or more employees explain why they disagree with a position or positions espoused by the UAW brass will be culpable of an “unfair labor practice” that may result in fines or other penalties being levied against the company by National Labor Relations Board bureaucrats.

With front-line employees’ freedom of speech in jeopardy, one would hope that Volkswagen management would at least give the hundreds of employees who have already stated in writing that they oppose the installation of UAW bosses as their “exclusive” spokesmen on workplace matters as much access to their fellow employees as union organizers are being granted by the company.

Sadly, as media reports such as a story out today by Mike Pare of Chattanooga’s Times Free-Press reveal, Volkswagen is in reality tilting the electoral playing field steeply in Big Labor’s favor.  (See below for a link to Pare’s entire account.)

Pare cites Mike Burton, a Volkswagen employee and opponent of monopolistic unionism who has been, with other like-minded employees and the assistance of National Right to Work Legal Defense Foundation attorneys as well as other individuals and groups, been leading the efforts to prevent UAW bosses from acquiring the special privileges they crave.

On Tuesday, Burton told Pare, Volkswagen managers required employees to attend a meeting at which black shirted” UAW organizers were given the floor to attempt to persuade team members of why they should vote for the UAW.”  Employees were advised that they could leave the meeting just before the UAW pitch occurred.  However, those who stayed “were told they could not ask questions, said Burton.”

“When management requires team members to attend a meeting, then invites team members to stay and listen to union officials who won’t answer any public questions–let alone allow questions to be asked–something stinks,” Burton said in a statement.

[Burton’s] group said the UAW has been granted the ability to campaign on company property, such as inside break rooms and lunch areas, and will be given an office in the plant as well as bulletin board space to post campaign literature.

Conversely, employees opposed to unionization have been denied the same opportunities to communicate their viewpoints to fellow workers, it said. 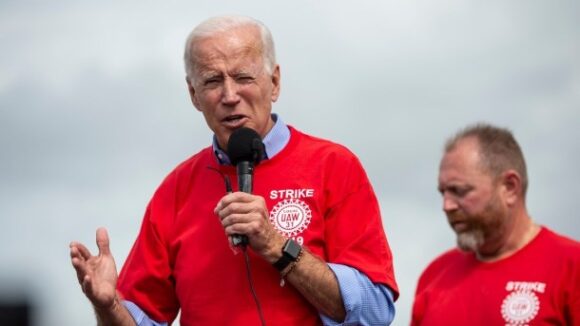 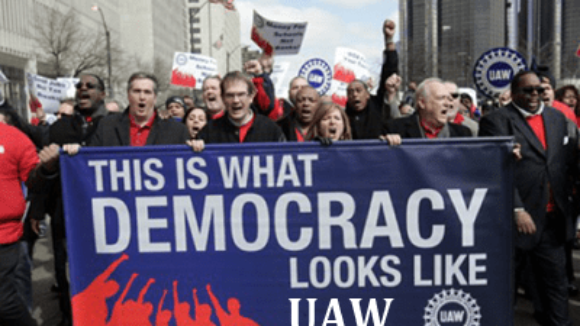