In the 2013 edition of their Union Membership and Earnings Data Book, labor economists Barry Hirsch and David Macpherson report data showing that, from 2002 to 2012, unionized employment in motor-vehicle and motor-vehicle-equipment manufacturing fell from roughly 413,700 to 208,000, or nearly 50%.  Meanwhile, union-free factory employment in the same sector actually rose by 7.1%, from 748,400 to 801,700.

This fall, the union-free Nissan auto assembly plant located in Canton, Miss., is one of several such facilities targeted by United Auto Workers (UAW) union bosses who are determined to secure monopoly-bargaining privileges over now-independent employees.

The vast majority of unionized automotive-manufacturing workers whose jobs have been destroyed over the past decade were under UAW monopoly-bargaining control when it happened.  Should Nissan and its managers share this information with employees who are being recruited by UAW union organizers?

Not according to union-label academic Lance Compa, the principal author of a new report scorching Nissan for telling its employees in Right to Work Mississippi the truth about UAW kingpins’ record of job destruction.

As Daniel Howes reports in the Detroit News (see the first link below), the propaganda piece Compa and a coauthor prepared with funding supplied from the UAW hierarchy’s forced dues-laden treasuries undermines efforts by President Bob King and his cohorts  to portray the union as a “21 st problem solver and partner with management.”

Compa and King can’t deny the fact that employment in automotive and automotive-parts factors where the UAW union brass wielded “exclusive” bargaining power over employees’ pay, benefits and work rules has crashed over the past decade, and actually for far longer than that.  Nor can they deny union-free employment in the same sector has increased.  But they insist Nissan has no right to convey this information to worker who are being pressured by UAW organizers to submit to a UAW monopoly over employee voice in their factory.

On page 23 of the Compa screed, for example (see the second link below), he quotes a militant UAW supporter who expresses shock that an HR manager told employees that “the UAW is losing members and closing down plants . . .,” even though, this statement is obviously factual.  Page 24 quotes another union zealot who complains that Nissan managers showed employees “pictures of plants that had unions and closed down, like the same thing would happen to us.”  Since hundreds of America’s unionized auto facilities have closed in the past three-and-a-half decades, why is it wrong for Nissan managers to let employees know about that?

Nowadays, Bob King claims he and his lieutenants differ from their UAW predecessors, and that they have forsworn their job-destroying ways.  If that were really true, wouldn’t they being doing all they could to persuade employees at Nissan and other targeted plants that they really had changed their stripes, instead of hiring an academic smear artist like Compa to berate Nissan for telling Mississippi employees the truth about the UAW union hierarchy’s record? 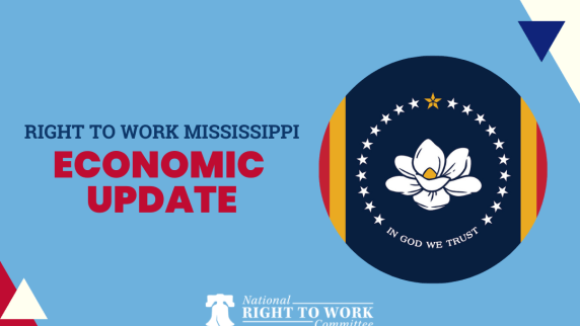 Businesses Love to Invest in Right to Work Mississippi

Companies investing in Right to Work Mississippi include Hol-Mac and Terberg Taylor.