“In the current climate of Albany as an ethical cesspool, how could they be so blatant?”

Democrats in the state Senate are up for sale — and they don’t come cheap!

The Capitol’s scandalous “pay to play” culture descended to a new low as Democratic lawmakers told top labor leaders that they would have to pony up $50,000 each in donations if they want special access, The Post has learned.

In a shocking letter to union bosses who are battling state budget cuts, state Sen. Jeff Klein of The Bronx offered to sell them “chairmanships” on a newly created “Labor Advisory Council.”

“Advisory Council chairs will have the unique opportunity to advise the Senate Dems on the structure and focus of the Labor Advisory Council,” says the letter from Klein, chairman of the Democratic Senate Campaign Committee.

“In addition to all meetings, conferences and events that are included with Advisory Council membership, the advisory chairs will be invited to an exclusive meeting with the Senate majority leaders,” the letter states.

It also promises that Advisory Council members “will actively participate in the essential policy conversations that help construct our 2010 campaign strategy.”

All state lawmakers are up for re-election this year, and the Democrats’ narrow control of the state Senate hangs in the balance.

“This is ‘pay to play’ run amok,” said a longtime Democratic activist. “In the current climate of Albany as an ethical cesspool, how could they be so blatant?”

“Wow, it’s rare to see something so brazen where the Senate leadership is giving unique access to powerful interest groups for $50,000 each, giving them a seat at the table that no one else gets,” Horner said.

Klein’s letter was sent as Senate Democrats hinted they might be willing to drop their support for $2 billion in state education aid and health care cuts that are strongly opposed by the teachers and health care workers unions.

One labor leader who received the letter called it “a little crazy.”

A Senate Republican spokesman charged that Klein arranged for the Democrats to slash an additional $180 million from the budget that would have gone to unionized state workers just as his letter was being sent on Monday.

The cuts would come in the form of a $100 million reduction in state worker overtime and $80 million worth of state “work force actions” such as layoffs or attrition, both of which reduce labor union dues, according to documents supplied by the Senate GOP.

Senate Republicans accused Klein of telling labor leaders, “Pay up if you want that spending back.”

“It sure looks like a shakedown,” said GOP spokesman John McArdle. 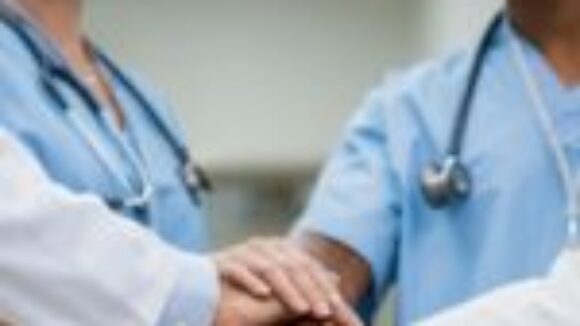 In a recent vote, the workers voted the SEIU out with a not-so-shocking win of 39-13. This means the union will be decertified, freeing up to 64 hospital staff members.