The Kansas City Star reports that “the state’s Department of Aging and Department of Social and Rehabilitation Services sent more than 1,000 letters last month to the payroll agents of in-home health workers seeking workers’ names, addresses and phone numbers. The workers are not state employees, but they receive state funds to provide in-home care to the elderly and disabled. The agencies were responding to an open records request by the SEIU, a union that represents health care and government workers.”

Due to complaints from workers and Republican lawmakers, the two agencies have ceased doing the bidding of the union bosses. Of course, the decision to work hand in hand with the union was made under former governor Kathleen Sebelius who is now doing SEIU’s bidding in Washington as the secretary of health and human services.

SEIU had given $31,000 to Sebelius’ campaigns for governor.

This outrageous abuse of privacy — and use of taxpayer funds for unionization — will only become more frequent if the Card Check Forced Unionism bill becomes law. 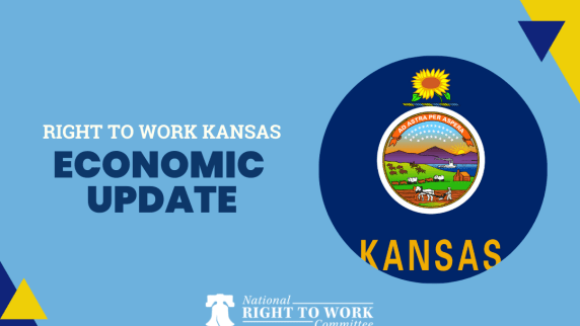 What Do KCAS and RDT Have in Common?

KCAS and Radiation Detection Technologies (RDT) are both adding new facilities in the great Right to Work state of Kansas!