National Right to Work President Mark Mix applauds legislation that would prevent union officials from extracting union dues from workers’ paychecks as a condition of employment in Pennsylvania.

A Pennsylvania Right to Work law would bring greater personal freedom and stronger economic growth to the Keystone State.  In the state by state campaign to end forced unionism, 28 states have passed such laws, including six in just the last five years.

Springfield, VA (March 22, 2017) – Today, Mark Mix, President of the National Right to Work Committee, praised the introduction of Right to Work in the Pennsylvania House.

Following a press conference this morning announcing the introduction of Right to Work as a part of Representative Daryl Metcalfe’s Open Workforce Initiative, Mr. Mix issued the following statement:

“We’re extremely pleased that Representative Metcalfe has again introduced Right to Work in Pennsylvania — intensifying a growing debate about labor law and forced unionism in the Keystone State.  This legislation would enshrine in Pennsylvania law the common-sense principle — already enforced in more than half of U.S. states — that no worker should be compelled to join or pay dues to a union just to get or keep a job.

Steady Course Toward Right to Work

While the National Right to Work Committee has been working to that end in Pennsylvania for some time, Mr. Mix says ultimate success for the movement to end forced unionism in the Keystone State is likely to follow the trajectory seen in other states that have recently passed Right to Work:

“Each of the successes in the recent wave of state Right to Work victories have come about as more and more elected officials have figured out what most Americans already knew:  Right to Work is not only sound public policy, but it’s also good politics.

“In Pennsylvania, there are a handful of elected leaders who’ve understood all along that Right to Work is the right thing to do no matter how you look at it.

“And it’s encouraging that in recent years, mobilized opponents of forced unionism in the Keystone State are translating into greater and greater numbers of pro-Right to Work legislators in both chambers of the General Assembly.

The overwhelming majority of Pennsylvania voters already oppose forcing anyone to pay dues or fees to a union boss as a condition of employment.

And those voters made themselves heard last November when they elected pro-Right to Work candidates both to the General Assembly and at the federal level, including the White House.

In the state-by-state battle to end compulsory unionism, voters are increasingly demonstrating to politicians that not only is Right to Work good for the economy, good for job creation and good for states that pass it, but that fighting forced unionism is also good for elected officials who champion it.

Politicians Voting and Campaigning on Right to Work Have Been Winning . . . Forced Unionism Losing

Opposing forced unionism is not only good policy, it’s good politics and the last several elections have provided plenty of evidence to back it up.

In Kentucky and Missouri — the two states to pass Right to Work this year — the Right to Work issue came front-and-center in each state’s most recent gubernatorial race, helping propel to victory Matt Bevin, in 2015 in Kentucky, and Eric Greitens last year in the Show Me State.

Similarly, New Hampshire Governor Chris Sununu won election in 2016 after embracing Right to Work and, riding the Right to Work issue last fall, Republicans in the Kentucky House went from being a 6-seat minority to a 28-seat majority — paving the way for passage of Right to Work in January.

Following the 2010 Elections when the number of pro-Right to Work legislators increased dramatically in the Pennsylvania State House and Senate, as the mostly pro-Right to Work GOP took control of the General Assembly and the Governor’s mansion, a few folks thought Right to Work would be imminent in PA.

But there’s no “Royal Road” to Right to Work and while the groundwork was being laid for the recent wave of Right to Work victories that would begin in 2012, some in Harrisburg remained reluctant to take the fight to Big Labor head-on by making Right to Work part of their agenda.

Nevertheless, the Right to Work movement in the Keystone State has made steady progress.

Just as legislators in other states have been rewarded for taking a stand against forced unionism, Right to Work supporters in Pennsylvania have helped propel Republicans to expanded majorities in both houses of the General Assembly.

So now, support for Right to Work in the Pennsylvania General Assembly is at an all-time high.

Economic Gains Come with Passage of Right to Work

Of course, while ending compulsory unionism is simply the right thing to do, Mr. Mix notes the undeniable positive economic impact Right to Work laws bring as another reason for Right to Work’s growing popularity among both the public and elected officials in Pennsylvania:

“Studies demonstrate that workers in Right to Work states enjoy greater private sector job growth and higher disposable incomes than their counterparts in states without Right to Work protections.

“And with half of all businesses automatically eliminating forced-unionism states like Pennsylvania when considering relocation or expansion, Pennsylvanians don’t want to miss out on the economic dividends that come with a state Right to Work law.”

For the past decade, private sector job growth in Right to Work states has grown twice as fast compared to that in forced-unionism states like Pennsylvania.

And those jobs Right to Work states are gaining are good, high-paying jobs.

According to data from the Departments of Labor and Commerce, from 2005 to 2015, real private sector employee pay and benefits in Right to Work states grew by nearly 17% — almost a third more growth than forced-unionism states saw.

So it comes as no surprise that Indiana, Michigan and Wisconsin, the most recent states to have Right to Work laws go into effect for which data is available — West Virginia’s hasn’t yet cleared spurious legal challenges — have all experienced the proven job-creating impact that passage of a state Right to Work law has on state economies.

In just the first eight months after the Indiana Right to Work Bill was signed into law, the Hoosier State gained over 100,000 new jobs according to the Bureau of Labor Statistics.

Ten months after Indiana ended forced unionism within its borders, Michigan passed its own state Right to Work law.  With Michigan’s Law going into effect in March 2013, it’s now clear that Right to Work has had a positive impact on the Great Lakes State’s economy.

In fact, according to the most recent data available, in Michigan’s first 19 months with Right to Work, from March 2013 through October 2014, the state had a 3.3% gain in manufacturing payroll, far outpacing forced-unionism states, which clocked in at a dismal 0.6%.

Finally, while full data isn’t yet available from Wisconsin, the upswing in the Badger State is clear.

In fact, over its first twelve months as a Right to Work state, from February 2015 to February 2016, Wisconsin gained 49,100 private sector jobs — a level of job growth the state hadn’t seen in over a decade.

Right to Work legislation has been introduced over the last several sessions of the Pennsylvania General Assembly with increasing levels of support and public interest.

“Of course, we’re encouraged by progress but we hope to see scheduled hearings and floor votes.  With Right to Work’s record as a winning issue, we know it will be good for those who support it,” Mix concluded.

The National Right to Work Committee, established in 1955, is a nonprofit, nonpartisan, single-purpose citizens’ organization dedicated to the principle that all Americans must have the right to join a union if they choose to, but none should ever be forced to affiliate with a union in order to get or keep a job.  Its web address is NRTWC.org. 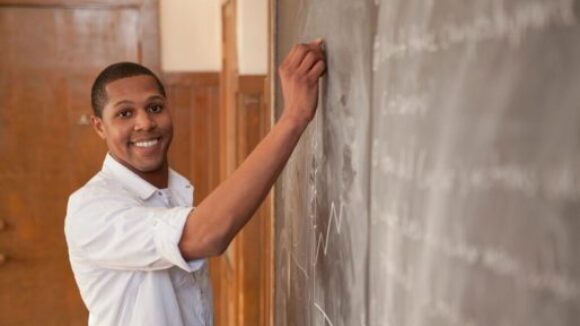 In June, militant officials of the union for faculty and other staff at the City University of New York (CUNY)…