The Wall Street Journal takes an insightful look into the economies of Texas and Ohio.

There’s no doubt times are tough in Ohio. The state has lost 200,000 manufacturing jobs since 2000, home foreclosures are soaring, and real family income is lower now than in 2000. Meanwhile, the Texas economy has boomed since 2004, with nearly twice the rate of new job creation as the rest of the nation.

According to the Wall Street Journal, free trade and lower taxes play a large role in the economic success of the Lone Star State, but labor policy, specifically Texas’ Right to Work Law, deserves most of the credit for job creation.

Ohio’s most crippling handicap may be that its politicians — and thus its employers — are still in the grip of such industrial unions as the United Auto Workers. Ohio is a “closed shop” state, which means workers can be forced to join a union whether they wish to or not. Many companies — especially foreign-owned — say they will not even consider such locations for new sites. States with “right to work” laws that make union organizing more difficult had twice the job growth of Ohio and other forced union states from 1995-2005, according to the National Institute for Labor Relations [Research].

On the other hand, Texas is a right to work state and has been adding jobs by the tens of thousands. Nearly 1,000 new plants have been built in Texas since 2005, from the likes of Microsoft, Samsung and Fujitsu. Foreign-owned companies supplied the state with 345,000 jobs. No wonder Texans don’t fear global competition the way some Presidential candidates do. 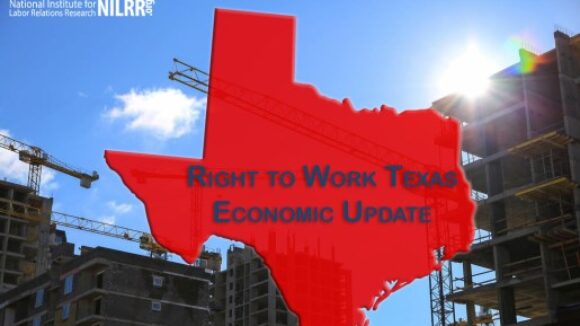 Major Investments are Happening in Right to Work Texas

Three companies that are making major investments in Right to Work Texas include Highly Innovative Fuels (HIF), TIAA, and Meta.

What do Ovivo and Schneider Electric Have in Common?

Ovivo and Schneider Electric are both adding new locations in Right to Work Texas, creating a total of 500 new jobs!