Ron Paul: Right to Work is Part of Economic Liberty

Rep. Ron Paul (R-TX), a stalwart Right to Work supporter is retiring from Congress, but before he leaves, he made a forceful statement on worker’s choice and economic growth:

Many observers were surprised when Michigan, historically a stronghold of union power, became the nation’s 24th “Right to Work” state. The backlash from November’s unsuccessful attempt to pass a referendum forbidding the state from adopting a right to work law was a major factor in Michigan’s rejection of compulsory unionism. The need for drastic action to improve Michigan’s economy, which is suffering from years of big government policies, also influenced many Michigan legislators to support right to work.

States with right to work laws enjoy greater economic growth and a higher standard of living than states without such laws. According to the National Institute for Labor Relations Research, from 2001-2011 employment in right to work states grew by 2.4%, while employment in union states fell by 3.4%! During the same period wages rose by 12.5% in right to work states, while rising by a mere 3.1% in union states. Clearly, “Right to Work” is good for business and labor.

Workers are best served when union leaders have to earn their membership and dues by demonstrating the benefits they provide. Instead, unions use government influence and political patronage. The result is bad laws that force workers to subsidize unions and well-paid union bosses.

Of course government should not regulate internal union affairs, or interfere in labor disputes for the benefit of employers. Government should never forbid private-sector workers from striking. Employees should be free to join unions or not, and employers should be able to bargain with unions or not. Labor, like all goods and services, is best allocated by market forces rather than the heavy, restrictive hand of government.  Voluntarism works.

Federal laws forcing employees to pay union dues as a condition of getting or keeping a job are blatantly unconstitutional. Furthermore, Congress does not have the moral authority to grant a private third party the right to interfere in private employment arrangements. No wonder polls report that 80 percent of the American people believe compulsory union laws need to be changed.

Unions’ dirty little secret is that real wages cannot rise unless productivity rises. American workers cannot improve their standard of living simply by bullying employers with union tactics. Instead, employers, employees, and unions must recognize that only market mechanisms can signal employment needs and wage levels in any industry. Profits or losses from capital investment are not illusions that can be overcome by laws or regulations; they are real-world signals that directly affect wages and employment opportunities. Union advocates can choose to ignore reality, but they cannot overcome the basic laws of economics.

As always, the principle of liberty will provide the most prosperous society possible. Right to work laws are a positive step toward economic liberty. 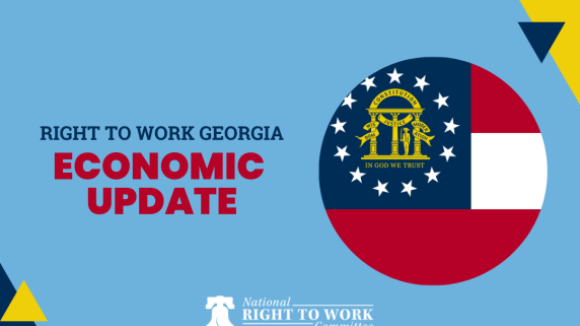