Over the course of the past few decades, public servants, especially state and local government employees, have become Big Labor’s bread and butter.

By 2009, union officials wielded monopoly-bargaining power over 7.5 million state and local employees, nearly 43% of all such employees nationwide, compared to just 8% of private-sector workers. 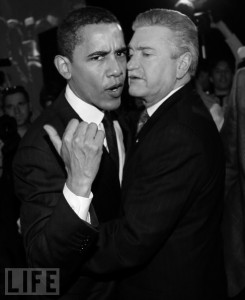 In fact, from 1998 to 2008 alone, taxpayers’ aggregate real costs for compensation of state and local government employees soared at a rate nearly 50% faster than the total real growth of private-sector employee compensation!

And now, incredibly, the Big Labor Congress is poised to sock it to taxpayers again.

This spring, the U.S. House and Senate are on the verge of rubber-stamping a new federal mandate ensuring that public-sector union bosses get monopoly-bargaining privileges over additional hundreds of thousands of state and local public-safety employees.

Kildee-Gregg Would Pave Way For Dragooning All State, Local Employees Into Unions

But this label mocks the reality that the legislation would incite conflict between government agencies and employees and hurt taxpayers. 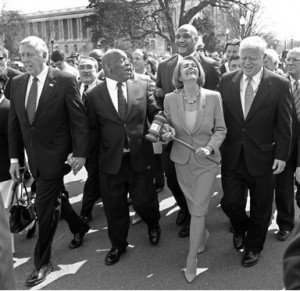 This legislation would rewrite the public-sector labor laws of the vast majority of the 50 states to make them more pro-forced unionism.

In states that haven’t caved in to Big Labor demands for monopoly bargaining, Kildee-Gregg would federally impose it, denying localities the option to refuse to grant a single union the power to speak for all front-line employees, including those who don’t want to join.

And in most states that already authorize public-safety union monopoly bargaining, H.R.413/S.1611 would widen its scope.

Kildee-Gregg would force countless policemen, firefighters and EMT’s to accept as their monopoly-bargaining agent a union they never voted for, and want nothing to do with.

It would also constitute a major step towards Big Labor’s decades-old goal of enacting a federal law that foists union monopoly bargaining on front-line state and local employees of all types across America. 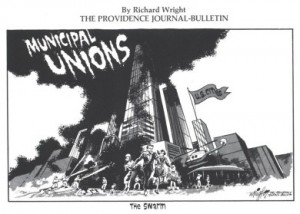 “In 2008, while 40.7% of all government employees, federal, state and local, nationwide were unionized, public-sector unionization was 60% or more in seven states.

“That year, residents of those Big Labor-controlled states had to fork over, on average, a 22% higher share of their income in state and local taxes than did the residents of states with below-average public-sector unionization.

“Moreover, in Fiscal 2008, eight of the 10 states with the most long-term debt as a share of their personal income had public-sector unionization higher than 50%.

“Meanwhile, every one of the 10 states with the least long-term debt as a share of personal income had public-sector unionization below the national average.

“In five of these least indebted states, public-sector unionization was less than half the national average!

“Federal personal and business taxes are already poised to skyrocket over the next few years. Cities, towns and counties across America are facing their worst fiscal crisis in decades.

“And yet, our out-of-touch Congress seems eager to pass legislation that would greatly compound the damage. Even in Washington, D.C., this degree of recklessness is unusual.”

Recently, top bosses of the International Association of Firefighters (IAFF) and other public-safety unions that are leading the charge for H.R.413/S.1611 have boasted of their intent to ram H.R.413 through the House during the next few weeks.

And Big Labor’s control over the lower chamber is so tight that Right to Work members can only slow down this legislation there.

However, freedom-loving Americans still have a chance of blocking Kildee-Gregg in the Senate.

“This will, without a doubt, be an uphill fight,” commented Mr. Mix. “Part of the reason why is that Judd Gregg and a few other Republican senators are colluding with the Democratic congressional leadership and the Obama Administration to make sure Kildee-Gregg gets rubber-stamped.

“Right to Work advocates’ only chance of victory is to prevent this bill from coming up for a final Senate vote by mobilizing at least 41 senators to sustain an extended debate for as long as necessary.”

To Prevail, Right to Work Will Need to Switch Over a Handful of Senators’ Votes

“To prevail in this fight,” Mr. Mix continued, “the Committee will almost certainly need to switch over the votes of a handful of senators who habitually vote according to the union bosses’ dictates.”

“While Sens. Webb, Warner and Hagan all tend to vote how Big Labor tells them to, they also represent two states that have longstanding laws, with bipartisan support, that explicitly ban all union monopoly bargaining over state and local government employees,” Mr. Mix explained.

“If we can convince these three senators and just a few others to support the Right to Work in this one instance, Kildee-Gregg can still be thwarted this year.”

Corruption is a pervasive problem in the UAW, and Organized Labor as a whole. Government policies promoting forced union dues are a principal source of corruption. That’s why the National Right to Work Committee is urging Schneider to make the elimination of the forced-dues privileges a core part of his program to clean up the union.

'All Government Union Monopolies Are Harmful'

Chickens Are Coming Home to Roost in Nevada

By coddling Big Labor, Gov. Sisolak has hamstrung his own ability to close a $1.3 billion budget deficit. Union Dons Bitterly…