Forced Unionism Abuses Exposed – the facts Big Labor Bosses would rather you didn’t hear about.

After granting Joe Biden an avidly sought endorsement in the battleground state of Pennsylvania roughly five weeks before Election Day, and following up with the deployment of his large forced union dues-fueled political machine on Biden’s behalf, United Brotherhood of Carpenters (UBC) union President Doug McCarron seems to be riding high this winter.  But there could be trouble ahead for McCarron, whose giant union has 520,000 members in the U.S. and Canada.

George Laufenberg, the former administrative manager of the UBC New York/New Jersey benefit funds, is currently facing a federal criminal trial stemming from charges he embezzled $1.5 million in “pension funds, deferred compensation payments,” and “excess annuity fund contributions,” according to a December 1 report published by NJ.com.  Laufenberg is also accused of conspiring with a “low-show” employee to embezzle union funds and “making a false statement in an annual financial report.”

A couple of months after Laufenberg was indicted in September 2019, it was publicly reported that the UBC hierarchy, along with managers of the UBC pension and pharmacy benefits and several other outfits with close ties to the union, had been issued federal subpoenas.

Moreover, an October 2018 civil suit filed by former union official John Ballantyne and two of his former staff members (ultimately settled out of court, with the terms undisclosed) charged that McCarron and other UBC kingpins had engineered the elimination of their jobs in retaliation for Ballantyne’s having blown the whistle on Laufenberg.

The illegal retaliation and derivative retaliation suit charged that, along with Laufenberg, UBC General Vice President Frank Spencer and UBC Eastern District Vice President Mike Capelli (who retired early in 2020) had used their positions of power to enrich themselves at workers’ expense.  For example, Spencer and Capelli allegedly raked in a total of $300,000 in union dues-funded payments to their annuities from the Northeast Regional Council at a time they were no longer employed by that entity.

The latest shoe to drop in the burgeoning UBC scandal is a lawsuit filed December 1 by five former employees of the Eastern Atlantic States Regional Council of Carpenters (EASRCC), a UBC subsidiary with jurisdiction over six states plus Washington, D.C.

The former union employees charge that the UBC hierarchy, including McCarron himself, along with EASRCC Executive Secretary William Sproule, “wrongfully terminated” them “in retaliation for their alliance” with Ballantyne, as journalist Gabrielle Saulsbery explained in a December 4 news story for NJBIZ.

According to the lawsuit, two of the plaintiffs, Anthony Verrelli and Alex Lopez, “openly and publicly supported” John Ballantyne’s decision in 2017 to advise law enforcement that Laufenberg “had embezzled $1.5 million from the Union’s dues-funded plan assets.”

Two other plaintiffs — Vanessa Salazar and Susan Schultz — were known by the UBC brass at the time of their terminations to be “close friends and supporters” of John Ballantyne.  And the fifth plaintiff, Justin Ballantyne, is John Ballantyne’s son.

The evidence presented in the lawsuit accusing the UBC, the EASRCC and Sproule of violating the New Jersey Conscientious Employee Protection Act and the New Jersey Law Against Discrimination, filed in Superior Court in Essex County, gives tradesmen who pay dues, whether voluntarily or not, to the UBC ample reason to suspect that McCarron authorized a March 2020 purge of corruption foes inside the union.

After Verrelli openly supported John Ballantyne’s whistleblowing, a union operative allegedly told him he was a “traitor,” who must be punished.  Soon thereafter a union agent allegedly “surreptitiously placed a tracking device” on his vehicle. In retaliation for his support of John Ballantyne, Lopez was allegedly removed from his position as trustee of the Northeast Carpenter Funds and his salary was cut.

Finally, according to the five plaintiffs, top UBC officials used the economic hardship related to the COVID-19 pandemic as a pretext to terminate Verrelli, Lopez, Salazar, Schultz, and Justin Ballantyne.

Based on what is known already, unionized carpenters who don’t want to bankroll a crooked organization would be amply justified in cutting off their financial support for the UBC.  Unfortunately, in the 23 states that still lack Right to Work protections for employees, UBC union bosses will be able to deny work opportunities to carpenters who stop forking over money. 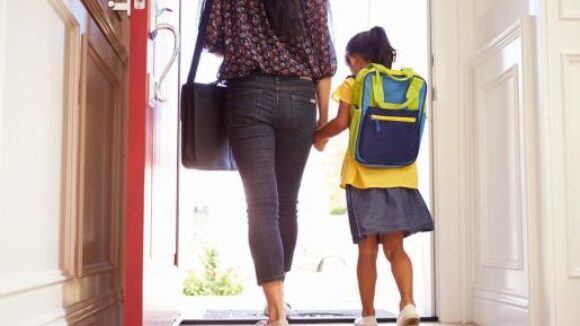