The feds, and many states and localities, still deduct union dues from paychecks without consent.

Fourteen months ago the Supreme Court held that the First Amendment protects government employees from being forced to subsidize unions. Janus v. AFSCME aﬃrmed that some ﬁve million state and local workers have the legal right to stop such payments.

Another aspect of Janus, however, has been overshadowed. The decision requires that the government obtain proof that workers voluntarily, knowingly and intelligently waived their First Amendment rights not to subsidize union speech before deducting union dues or fees from their paychecks. “To be eﬀective, the waiver must be freely given and shown by ‘clear and compelling’ evidence,” Justice Samuel Alito wrote. “Unless employees clearly and aﬃrmatively consent before any money is taken from them, this standard cannot be met.”

Yet the federal government and many states and localities continue to deduct union dues without evidence that workers waived their speech rights, usually based on pre-Janus authorization forms that come nowhere close to demonstrating a waiver. Labor Department ﬁgures suggest unconstitutional deductions could be coming out of the paychecks of as many as 7.2 million government employees nationwide. The ﬁx is simple: Governments must cease transferring wages to unions until they amend their dues-deduction policies to comply with Janus.

The National Right to Work Foundation has ﬁled comments urging the Federal Labor Relations Authority to issue guidance to federal agencies that they “must cease deducting union dues from the wages of employees who signed a dues deduction form that does not satisfy the [Janus] standard.” Such an action won’t prevent workers from paying dues to a union if they choose. Workers can waive their First Amendment rights, or union oﬃcials can collect dues without using government payroll systems.

Politicians in state capitals where Big Labor has a stranglehold are resisting compliance with Janus. Faced with both government and union resistance, public employees have ﬁled dozens of lawsuits seeking to stop unions from seizing money from their paychecks.

But not all elected oﬃcials are so beholden to union bosses. Some are willing to put employee freedom before the interests of union oﬃcials. Alaska started that process Tuesday when, at the request of Gov. Mike Dunleavy, Attorney General Kevin Clarkson issued a formal opinion delineating how the state must change its payroll process to comply with Janus by ensuring that employees “freely and knowingly consented to have dues deducted from their paychecks.” Alaska’s solution includes stopping dues deductions absent an annual renewal of the waiver. Hundreds of millions of dollars are being taken out of workers’ paychecks each month without any evidence that they waived their First Amendment right not to fund union activities, including partisan electioneering. Other state oﬃcials, along with federal agencies, should follow Alaska’s example. 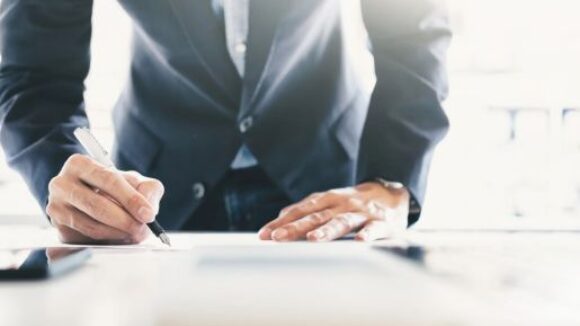