Despite losing the court battle against flight attendant Charlene Carter, Southwest Airlines still refuses to own up to and acknowledge their mistakes. Now, Southwest Airlines is filing to appeal for a new hearing – all while they’ve been facing major issues with flight scheduling, having canceled over 16,500 flights in December alone. This goes to show where their priorities lie.

From The Epoch Times:

Mark Mix, NRTW president, told The Epoch Times: “They were supposed to let everyone else know at Southwest Airlines that they wouldn’t do this type of thing to anyone else. And yet they thumbed their nose at the judge in that case.”

He said the airline, in its notices, failed to own up to “what they did wrong, and the fact that they won’t do it again.”

Instead, Mix said, Southwest essentially told its employees: “We didn’t do anything, but we’ve got to mail you this notice … [and] we object to what Charlene did.”

Southwest told flight attendants that the judge “ordered us to inform you that Southwest does not discriminate against our employees for their religious practices and beliefs.”

NRTW lawyer Matthew Gilliam complained about this wording in a letter to Southwest’s lawyers.

A jury found the airline did discriminate against Carter “for her protected speech about religion and unions,” Gilliam said. But the company’s notices suggest that Southwest “does not and has never engaged in religious discrimination.”

Gilliam called the airline’s message “patently false,” and a misrepresentation of the outcome of Carter’s case.

The airline also “disparaged” Carter in the notice, Gilliam said. 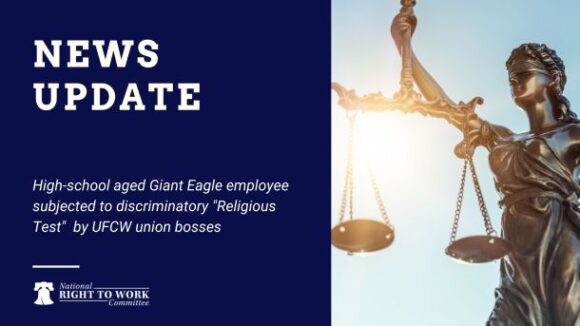