It’s hard to believe that the Democratic National Convention will go off without a snag.  The selection of North Carolina — a Right to Work state — did not go over well with the union bosses.  The North Carolina Democrat Party is mired in a sex scandal.

And now, the chairman of the Convention, Los Angeles Mayor Villaraigosa, a former union organizer, is under assault by union activists for trying to rein in the cost of union pension plans.  So outraged, the SEIU is comparing Villaraigosa to Scott Walker — the ultimate insult in the eyes of union militants.

More and more Democrat elected officials are faced with the reality that we cannot afford the taxpayer giveaways to the union bosses anymore.  From Illinois Gov. Quinn to Mayor Villaraigosa, even some Democrats are trying to tinker at the edges of the handouts that are bankrupting states and cities.

However, until we break the union boss monopoly by enacting Right to Work laws, they will only achieve minimal success. 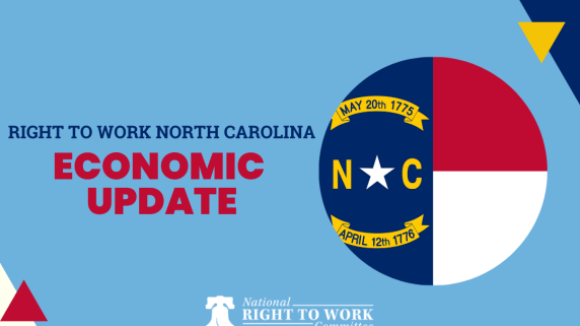 Some of the most recent expansions in Right to Work North Carolina include Pisgah Laboratories and Merchants Distributors, as well as PBV.