Imagine what would happen in Wisconsin if they gave private sector employees the same freedoms.

“Our rendezvous with reality has arrived.”  That is what Illinois Governor Pat Quinn said this week as he unveiled his state budget.  Their economic slap in the face comes nearly one year after we took steps to get our fiscal house in order.

As we were passing legislation requiring state employees and teachers to make modest contributions to their health insurance and pensions to help offset necessary cuts, Quinn and Democrats in Illinois passed massive tax increases.

I told you then that our path, although a more difficult one, was the correct path to take.  Now, it couldn’t be more clear that we were right.  We closed a massive $3.6 billion budget deficit without raising taxes and without massive layoffs.

Illinois, meanwhile, is in even more economic peril because of  tax increases that clobbered their families and businesses.  To try to fix the mess he created, Governor Quinn is out with a budget that proposes the closing of numerous prisons, 60 state offices, laying off 1,100 state employees and cutting Medicaid by $2.7 billion.

It’s so bad that $8 billion in bills would still go unpaid and state worker pensions costs will rise by more than $1 billion.  Even faced with that, Quinn and Illinois democrats are refusing to tackle the issue, instead calling on “task forces” to be created to look into ways to reign in skyrocketing health care and pension costs.

It’s been one year since our “rendezvous with reality”.  We are still taking care of our elderly, sick and most needy.  We are not laying off thousands of employees.  Our bond rating is still solid.  Business leaders are noting the dramatic turnaround, our unemployment rate is the lowest its been since 2008 and analysts say Wisconsin’s business sector is “firmly in expansion territory”.

The decisions we made were difficult, but we did what we said we were going to do this session.  We turned this state around and the benefits from our reforms will keep on coming.

Here's What's in Store for Right to Work South Carolina 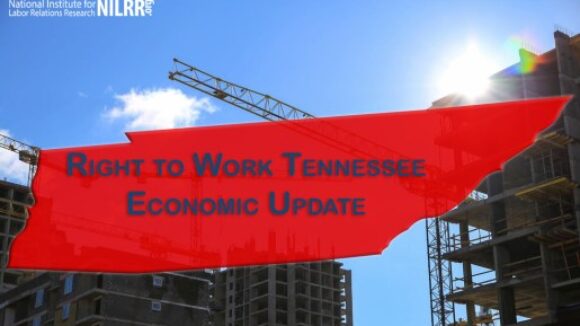 Three companies investing in Right to Work Tennessee are REI Co-op, Parkway Products, and Old South Wood. So this is exciting news!