Finally, Someone Takes on the Obama Administration’s Big Labor Paybacks in Court 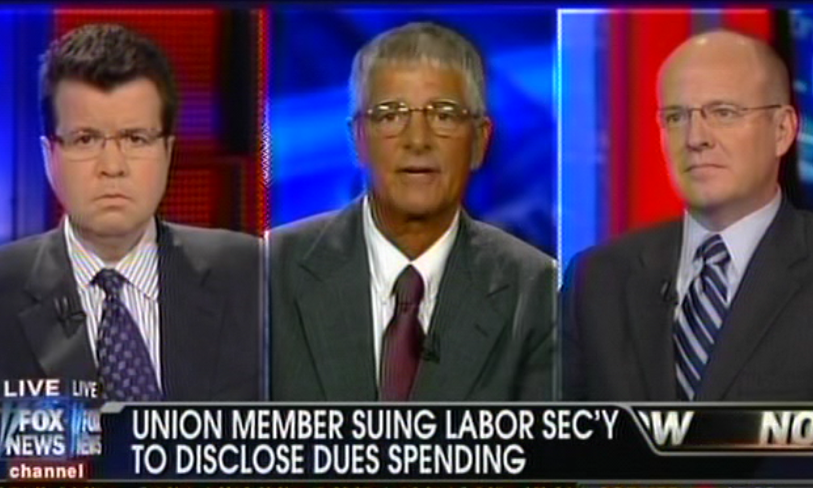 Washington, DC (May 23, 2011) – With free legal aid from the National Right to Work Legal Defense Foundation, a Maryland county government employee is asking a federal court to stop the Obama Administration from allowing union bosses to conceal lavish and corrupt union expenditures from workers.

Chris Mosquera, a member of a Municipal County Government Employee Local of the United Food and Commercial Worker (UFCW) union, filed the lawsuit against Secretary of Labor Hilda Solis in the U.S. District Court for the District of Columbia for rescinding a union boss disclosure rule which would make it less difficult for workers to hold union officials accountable.

Mosquera seeks to intervene for the millions of workers who are forced by federal mandate to accept union boss “representation” and pay union dues or fees to a union in order to get or keep their jobs.

The lawsuit alleges that Solis exceeded her power as Secretary of Labor by repealing a January 2009 LM-2 Final Rule because the rule put a “burden” on union officials to report their expenditures to the public. However, under federal law, Solis cannot use “burden” as a justification for rescission of a rule. Solis further overstepped her legal authority by singlehandedly creating a new rule that allows union bosses to more easily evade and circumvent the LMRDA.

The Right to Work Foundation also has a federal lawsuit pending in U.S. District Court for the District of Columbia against the DOL over a Freedom of Information Act request for internal DOL communications and communications with union officials concerning the LM-2 rule change.

“Once again the Obama Administration puts union boss priorities ahead of the rights and well-being of individual employees,” said Mark Mix, President of National Right to Work. “Hilda Solis apparently believes that not only should union bosses have the power to compel workers to pay union dues and fees as a condition of employment, but that those same union bosses should be able to keep workers in the dark about how those forced union dues and fees are spent.”