Who can forget the Chicago Teachers Union Activist above, but that attitude does not seem to be exclusive to Illinois.  California Gov. Jerry Brown is pushing a new scheme to force tax increases on the taxpayers in the Golden State and not surprisingly, it is the teacher’s union pushing the plan behind the curtain?  From the OCRegister:

Gov. Jerry Brown says the odds improved last week that voters will approve tax increases in November because he and the California Federation of Teachers merged their separate tax-raising schemes into one.

This was not a compromise. Mr. Brown caved in to union pressure. Public employee unions were major financial backers of the governor’s 2010 election campaign. In seeking huge tax increases to pay for government spending, he is doing unions’ bidding.

By merging initiatives, Mr. Brown agreed to reduce the increase he sought in the sales tax from a half cent to a quarter cent. But he agreed to seek a larger income-tax increase tax on more-affluent taxpayers. The new initiative would raise the top tax rate by 1 percent for those earning $250,000, 2 percent for incomes exceeding $300,000 and 3 percent on $500,000 and more. The state’s top rate already is 10.3 percent, for those earning $1 million a year.

The combined initiative is projected to raise $9 billion compared with the $7 billion the governor previously proposed. The tax increases would last seven years, rather than the previous five years.

Mr. Brown’s new ballot measure is crass class warfare. In return for slightly reducing the extra levy on everyone who buys taxable goods, the governor seeks now to punish a smaller number of people – those earning at least $250,000 – considerably more.

The revised Brown initiative and another initiative funded by attorney Molly Munger to increase income taxes on all Californians should both be voted down. If voters don’t, they will give Mr. Brown and his cohorts little incentive to reduce spending, and consequently can expect more of the same kind of tax increase remedies proposed when revenue falls short again.

Now there are 108 House co-sponsors! U.S. Representative John Moolenaar (MI 04) Thomas Tiffany (WI 07) Michael Cloud (TX 27), Rep Fred Keller (PA 12), and Rep Lance Gooden (TX 5) have added themselves to the growing list of Members of Congress supporting the National Right To Work Act. That brings the number up to 108 co-sponsors in the U.S. House of Representatives and 26 co-sponsors in the U.S. Senate! Are your Members Of Congress on this list? 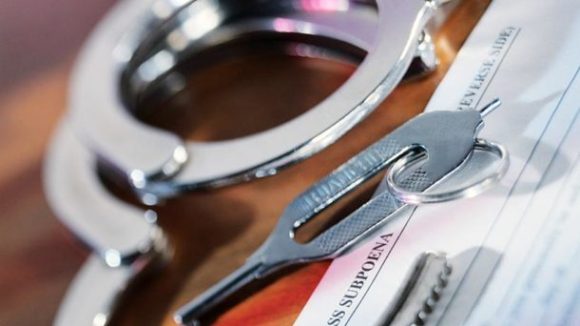