On a cool January 15th morning in 1976,  Joe A. Hooper, known as “Little Joe” by his friends, left his home enthusiastic to start his new job, and bring to an end several weeks of unemployment.

Little Joe was described by those who knew him as an ordinary working man, not a troublemaker, looking to support his family at a reasonable standard of living.

However, on this morning, rather than ending Joe Hooper’s unemployment and starting a new job, union thugs ended Joe’s life, leaving two little children fatherless and a wife and mother who would no longer have Joe, her husband, to help raise their children.

On that January day, union organizers from a local branch of the Louisiana AFL-CIO gathered 100 men at the Jupiter Chemical Construction site where Little Joe had gone to work.

This AFL-CIO-organized mob began burning and shooting up the construction site in an attempt to force the site to use only AFL-CIO dues-paying employees..

A stolen yellow forklift charged through the Jupiter Chemical Co. construction site and ravaged two office trailers like a bull goring a matador.

A crazed mob of men carrying guns and sticks were whooping and hollering as they followed the forklift.

First one and then the other trailer were ripped open by the forklift.  Three men astride the steel vehicle fired carbines from their hips and put 21 holes through one trailer compartment containing eight men. One of those [men] was Joe Hooper, who that January morning had come in to sign up for his first job in weeks.  He died in his own blood there on the floor while five other men suffered serious injuries.

The attackers fanned out. Then these murderers scurried back to their everyday lives as if nothing out of the ordinary had happened.

The murder and violence was an attempt to force an AFL-CIO construction union monopoly in order to compel all area construction workers to pay tribute to AFL-CIO union bosses just to get or keep a job in the then non – Right to Work state of Louisiana.

Just trying to put food on the table shouldn’t result in a death sentence meted out on the whims of Big Labor bosses.  Everyone should have the Right to Work without fear of murder or intimidation,  or any other form of compulsion.

Why did this gangland-style slaying of a 26 year-old father have to occur?  Maybe Joe’s killers can explain to Joe’s children how “the ordinary process of collective bargaining” works.

What we do know is that non-union employees and employees belonging to Local 102 of the American Federation of Independent Unions were being allowed to work at a site that AFL-CIO union bosses considered their own territory.

That kind of breaking the rules — allowing people• to work regardless of union membership or membership in the wrong union – could not be tolerated and Joe’s family was forced to pay the price.

What happened in Lake Charles, unfortunately, was not an extraordinary occurrence.  Because of an aberration in Congress’ thinking 80 years ago, union bosses are allowed to demand membership in their unions as a condition of employment.

It isn’t unusual for, as noted law professor Archibald Cox so delicately put it, to “take care of,” those who would deny union bosses this pleasure.  And take care of them they do.

After several years of working with the state legislators in the state of Louisiana, the National Right to Work Committee was able to escalate its effort along with natural repulsion of the good people of Louisiana by the brutal murder of Little Joe Hooper, passed a Right to Work law within the six months following Little Joe’s murder.

However, the freedom of working Louisianans fails to bring back a father and a husband.  And, as long as union organizers continue to escape justice for perpetuating horrifying coordinated violence, there will be more murders, more maiming and more acts of violence as an ordinary part of collective bargaining.

Union violence happens annually to thousands of others caught between a union greedy for power and an employer either indifferent to their plight or powerless to help.

Big Labor should not be allowed to continue to hide behind exceptions from prosecution.

It is past time to reverse the terrible Enmons Decision and pass the Freedom from Union Violence Act. 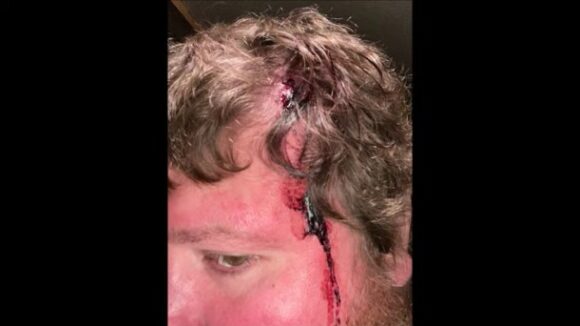