Government Union Monopolists Have Brought State to Brink of Ruin

From 1999 to 2009, according to the U.S. Labor Department, New Jersey’s private-sector employment fell by 2.4%, a percentage decline seven times worse than the national average.

Over the same period, New Jersey’s state and local public employment jumped by a whopping 15.2%, substantially more than the hefty-enough nationwide increase of 12.5%.

For most hard-working Garden State workers and employers, these statistics sum up why New Jersey is in even worse shape, economically, than the nation as a whole.

For years, the state’s heavily unionized public sector has been sucking resources and vitality out of beleaguered private-sector employees and businesses.

But for government union officials, the relentless expansion of the Garden State’s public-sector employment from 1999 to 2009, even as the state’s private-sector employment alternately stagnated or shriveled, is a magnificent achievement that must be preserved and built upon, whatever the cost.

During his successful campaign for the state’s highest executive office and since he was inaugurated in January, GOP Gov. Chris Christie has sided with the vast majority of New Jerseyans who appreciate that state and local government must now be rolled back to give the private sector room to grow.

However, significantly rolling back government payrolls in New Jersey will be an extraordinarily difficult task because of the special monopoly-bargaining and forced-dues privileges government union bosses enjoy under state law.

According to labor economists Barry Hirsch and David Macpherson, last year New Jersey had roughly 606,000 public employees, of whom 404,000, or two-thirds, were forced to accept a single union as their “exclusive” (monopoly) bargaining agent in their dealings with their employer.

That’s a higher share of public employees under union monopoly-bargaining control than in all but two other states. And the vast majority of unionized public employees are forced to fork over union dues or fees as a condition of employment, even if they choose not to join the union or quit it.

“All by itself, one Garden State public-sector union, the New Jersey Education Association [NJEA/NEA], rakes in roughly $80,000,000 a year in union dues and fees, overwhelmingly compulsory,” noted Mark Mix, president of the National Right to Work Committee.

“And government union bosses divert a huge share of the conscripted revenue they rake in into efforts to elect and reelect politicians who will help them keep increasing the number of forced dues-paying public employees and retirees.

“No wonder New Jersey government has expanded and expanded, and, as the nonpartisan, D.C.-based Tax Foundation reports, New Jerseyans have to fork over a higher share of their incomes in state and local taxes than the residents of any other state.”

“Given that New Jersey’s projected deficit for just the upcoming fiscal year is a daunting $11 billion, the reforms Gov. Christie has so far sought, such as pressuring localities to freeze pay for some government employees for a year, are quite modest,” Mr. Mix continued.

“For this and other small steps such as promoting legislation that requires unionized public employees to contribute 1.5% of their salaries annually to help taxpayers cover government pension costs, Mr. Christie has incurred teacher union bigwigs’ wrath.

“However, as Mr. Christie said in his state budget address in March, New Jersey’s ‘day of reckoning has arrived.’

“The state’s situation is very dire. And the governor has already come under a furious Big Labor barrage simply for trimming at the edges of the public-sector union empire’s special privileges.

“Given the circumstances, Mr. Christie’s best option is to be bold and strike at the heart of the problem by proposing elimination, or minimally a sharp reduction in the scope, of New Jersey government union bosses’ monopoly-bargaining privileges.

“If you’re already in the fight of your life, why not seek a policy objective that would be truly transformative?” 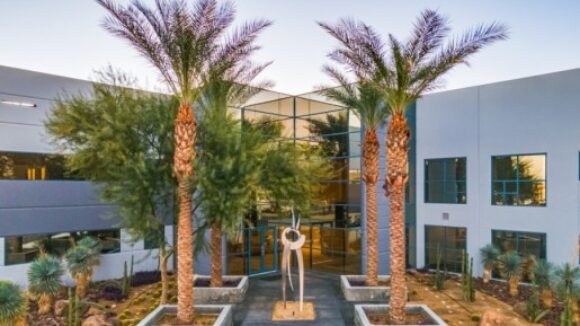 What Economic Developments are Happening in Arizona?

Four businesses that are investing in Right to Work Arizona include Photocentric, Mechanical Keyboards, Li-Cycle Corp, and PennyMac Financial.